Hello Charlie fans!  Today Charlie was finally able to see the clinician at Children's Medical Center responsible for fitting Charlie for his orthotic braces.  Charlie was very good and allowed the clinician to take a clean and quick mold of his legs. They'll be building a set of leg braces specifically fitted to Charlie's legs and feet to help him stand upright. Our next appointment will be in mid-September to try on his new braces and make adjustments.  Here are some shots of the casting process: 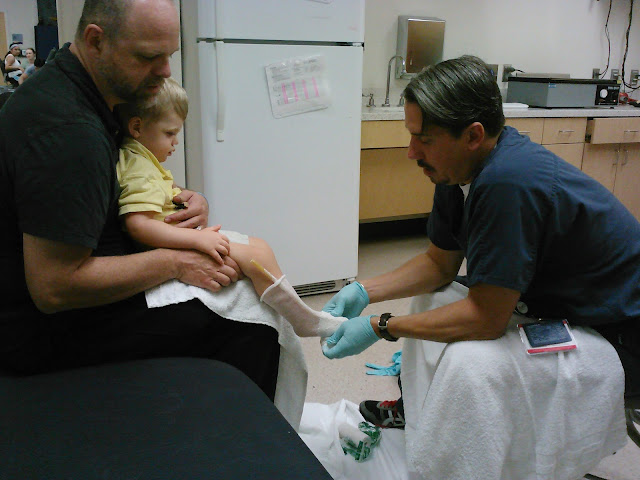 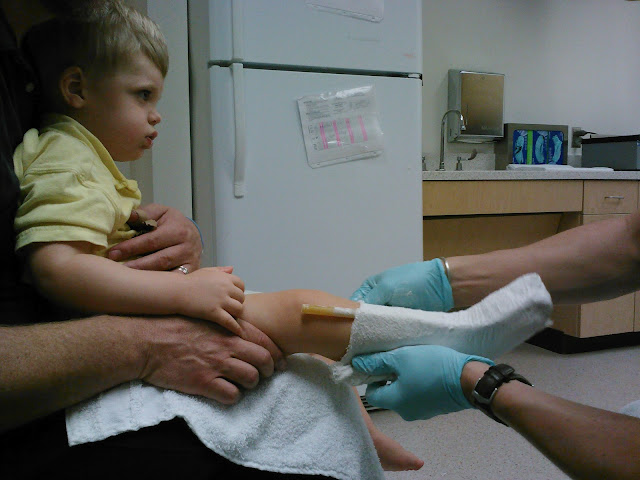 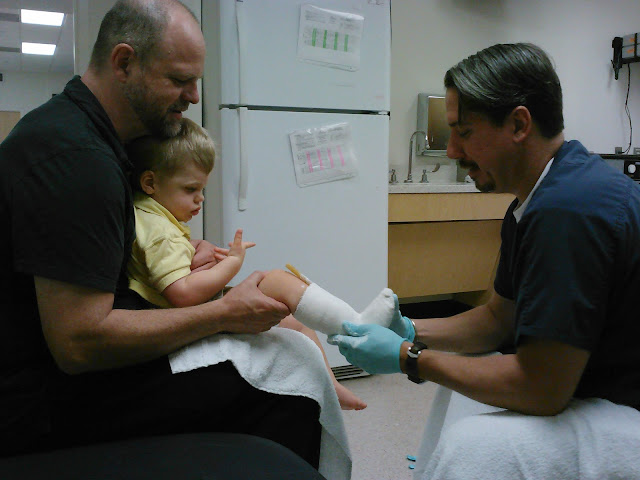 In other news, we're excited to announce that Kenna's Kids, the same amazing group that hosted the golf tournament benefiting Charlie in June, has been chosen by the Texas Rangers for a charity auction!  Go HERE to read all about it!  Go Kenna's Kids!!!!

Today is Charlie's second birthday!  He is celebrating the day with his mother, brother and grandparents in Eastern Oregon. Tonight, he'll try out a bit of cupcake for the very first time!

July has been a huge month for little Charlie Fighting Bear.  He has been handling the new seizure medication very well with only some slight grogginess here and there.  The medication is working and we have not seen any seizure activity.  This respite from the episodes has allowed Charlie to focus on some amazing physical milestones. He's also retaining and demonstrating more sign language since the meds have been in place.  We're thrilled! 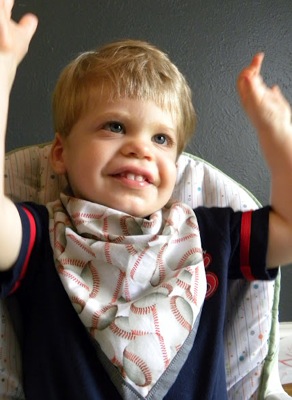 When Charlie returns to Dallas after his summer vacation in Oregon, he'll see his pediatrician for a two year check up.  He'll also be starting a new therapy program through the Callier Center designed to assist children who have a difficult time with self care.  His appointment to be fitted to orthotic braces was moved from July to late August, so he'll finally have that done as well.  Charlie is eager to stand up and is constantly rocking forward and straitening his legs as if to say, "Get me up!"  Soon, Charlie, soon. 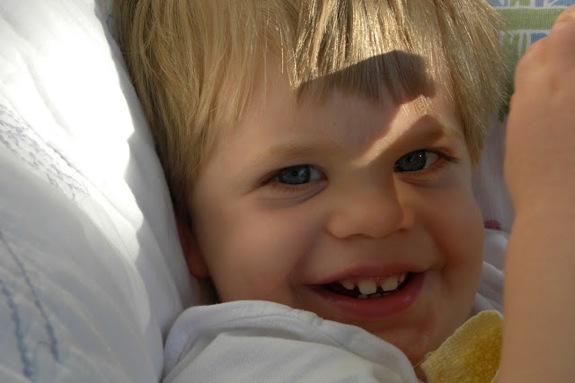 We had a small get together before leaving Dallas to celebrate Charlie's birthday.
Here is a photo of the Charlie garland we made for his birthday party. 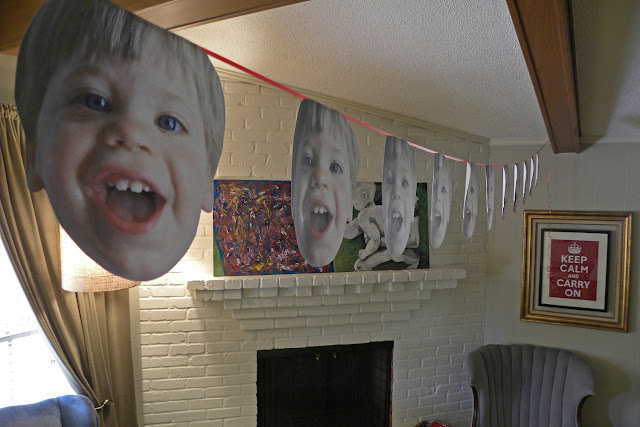 He's come a long way in the past year.  Here is a photo we took on the morning of his first birthday.  He was newly home from Medical City after undergoing craniofacial surgery to correct his Craniosynostosis condition.  We have a one year follow up appointment in early September where Dr. Fearon and the staff anthropologist will measure his noggin and give us an update.


Thank you to all of you who continue to read the blog, send contributions and support our Charlie.  He is doing very well, but the long term support is a godsend to our family.  Thank you from the bottom of our hearts.