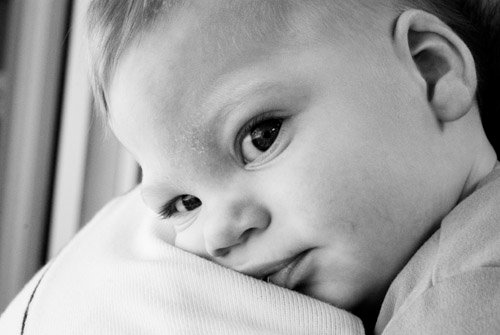 Last week, Charlie had a DMSA scan (on Valentine's day) to assess the state of his kidneys. His urologist ordered the scan as a follow up to an ultrasound that showed reflux, swelling and irritation due to Charlie's duplicate collecting system.  The doctor wanted to take another look before scheduling surgery to remove this extra tissue.

What is a DMSA renal scan?
-  A DMSA renal scan is a diagnostic imaging exam that evaluates the function, size, shape and position of the kidneys and detects scarring caused by frequent infections.
-  Technetium-99m DSMA (dimercapto succinic acid) is a radioisotope that is injected into your child's veins through an IV prior to the scan. It goes directly to the kidneys.
-  A special camera, called a gamma camera, is used to take pictures of the kidneys and show how the kidneys are working.

Charlie met with his urologist yesterday to discuss the results of the scan.  The doctor explained that Charlie's kidneys are functioning beautifully and that he has no signs of swelling (as in his previous ultrasound), infection, scaring or damage due to his duplicate collecting system.  She concluded that he does NOT need surgery to correct the duplicate system and that he should stop taking his antibiotics (he's been taking since birth), effective immediately.  She wants to see him in six months for another check up and then after that, Charlie's pediatrician will conduct a yearly renal exam to watch out for kidney issues.  Charlie's urologist said that while infections are still possible, there is no need to do surgery if his system is functioning properly.  She went on to say that some babies' systems learn to work around the problem without ever having any urinary tract issues.  So, Charlie is checking his renal problems off the list for now.  All that remains is Charlie's cranio-facial pre-op appointments, which will culminate in surgery this summer.  Of course, the Greenman Family is amazed and elated at this fantastic news.  Charlie only has one more week of taking the Phenobarbital and by March 1st, he will be drug free for the first time in his entire life.  Hooray!
3 comments: Links to this post

It seems only yesterday that we rang in 2011, and here it is almost Valentine's Day. My daughter, Mackey, will be TWO years old in April. I can still remember taking her to Walker's second birthday...well over a year ago. She mostly watched, from the safety of Mommy's arms, as she was then just over six months old. Now, when I tell Mackey that we're going to see her ol' "play-care" friend, she lights up and says, "Jack and Sarah and Walker and Baby Charlie are FAM-i-leeee!" Indeed they are, sweetie.

I can hardly believe that six months have flown by and Charlie, the amazing wonderboy, is now halfway to that milestone of a first birthday. He has overcome multiple hurdles, wowing the medical professionals and his family, and winning hearts along the way. Now he is approaching another milestone set for this summer—craniofacial surgery to separate and repair his fused skull plates.  This surgery will ensure that his brain can grow and develop into the powerhouse it shows every potential to be.
As luck would have it, Charlie will be receiving this surgery from one of the country's premier craniofacial surgeons who happens to practice in Dallas. This doctor is a plastic surgeon who works in tandem with a neurosurgeon, and he sees patients from around the country who seek him out for the exact surgery that Charlie will undergo.  Charlie's doctor will fix the skull plates and reduce the likelihood of subsequent surgeries. Charlie will get a one-stop-shop from the best—talk about upside!
The downside is that sometimes the best doctors are not classified in the best way by insurance companies.  I recently had a conversation with Sarah and she revealed to me that Charlie's surgeon happens to be out-of-network for their insurance plan. That means that 40% of the cost of the surgery is an out-of-pocket expense for the Greenman Family. And so I’m reaching out to re-engage Charlie's community around the mission of Help Charlie Heal.
In honor of Valentine's Day, as well as Charlie’s upcoming blessing in Cayucos, CA (click HERE to see your invitation), please consider making a donation to the Help Charlie Heal Fund in lieu of a blessing gift. There is no bigger blessing than continuing to see Charlie grow and develop into an amazing boy.  Click HERE to make a donation.


Anne Engelking Smith
No comments: Links to this post 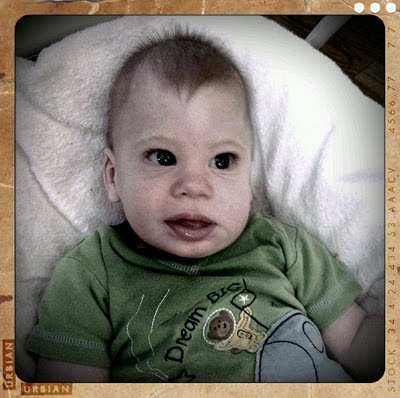 Charlie saw both his pediatrician and his neurologist this for a 6 month check in.  His Neurologist performed a physical assessment and decided that Charlie can finally be weaned off of the Phenobarbital!  Charlie has already started a decreased dose and if all goes well, he will be completely Phenobarbital free in three weeks. It was originally prescribed to stop Charlie from having seizures and has served its purpose.  Charlie has not had a seizure since his first round of episodes on August 5th. Charlie's neurologist expressed concern about his lack of muscle tone and "floppiness".  He reiterated how important Charlie's physical therapy will be from here on out.  After observing Charlie for a half hour, the doctor affirmed Charlie's cognitive health, saying that he is "well connected, alert and showing all the normal signs of mental and emotional health."  Charlie will only see the neurologist now on an as-needed basis. He'll probably have a repeat MRI at some point, but that may be as long as a year out.  So, Charlie now has the "go ahead" for craniofacial surgery from his cardiologist and his neurologist.

Charlie's pediatrician was very pleased to see that Charlie is well and healthy and showing signs of physical improvement, which include increased head control, strong core muscle engagement and the ability to reach out and grab objects with left (affected) hand.  Charlie is now 20 pound, 8 ounces (100th percentile for weight) and 29.5 inches long (off the charts for length).  Next on the list: urology.  Charlie will have a Voiding Cystourethrogram (VCUG) on Valentine's day and a follow up appointment just before his blessing on February 26th.  His urologist will assess the state of Charlie's kidneys and decide weather surgery is required to fix the duplicate collecting system.

Thank you for your continued support and well wishing as Charlie gears up for his big summer surgery.  As many of you know, this is a delicate, out-of-network surgery that will require the Greenman Family's full attention and energy.  Luckily, Charlie shows all the signs of physical and mental readiness.  So, as always, more news later.
No comments: Links to this post 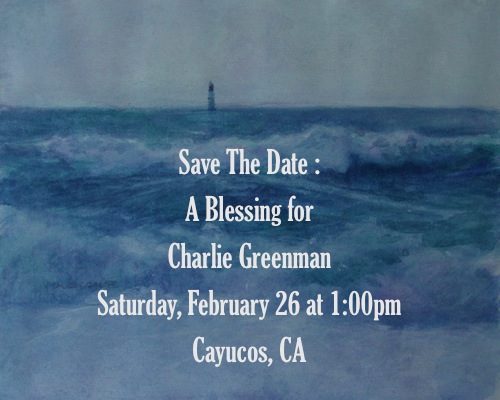 You are invited to an informal gathering to bless Charlie Greenman. This is an opportunity to meet Charlie, see Sarah and help the Greenman Family prepare for Charlie's upcoming surgeries.  If you are interested in attending Charlie's blessing, please email us by clicking the envelope on the sidebar to your left. We can't wait to see you and celebrate Charlie's continued recovery!
1 comment: Links to this post