Many of you have inquired about donating blood for Charlie. For donations in the DFW Area please call 800-366-2834 for an appointment and tell them that its for Charlie Greenman - surgery date 8/1. If you are going to donate, please email Sarah Greenman at sarah.greenman@gmail.com.  She will send you a "Designated Donor" form (PDF) that you will present at your appointment. This form has all of Charlie's information. Out of town donations may also be made at your local blood bank, but you may have to pay shipping costs.  Again, email Sarah and she'll send you the "Designated Donor" form.  This has all the information you'll need to donate.  Thank you so much! 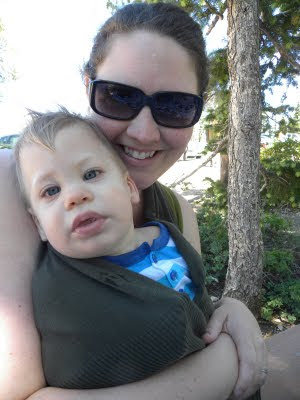 Chrystyna Johnson and Wendy Russel are organizing and hosting an online auction to support Charlie Greenman.  The auction goes live on July 1st and bids will be accepted through July 3rd.   To view some of the items up for grabs, click here for pictures and descriptions.  There are lots of handmade goods, children's wear, culinary delights and sessions with some of the most amazing photographers in the Dallas/Ft. Worth area.  The auction will be through Facebook - so head on over and “Like” Help Charlie Heal on Facebook to stay informed and bid during the auction.  Thank you to Chrystyna and Wendy for dreaming up this fantastic fundraiser!  Please help us spread the word...let's Help Charlie Heal! 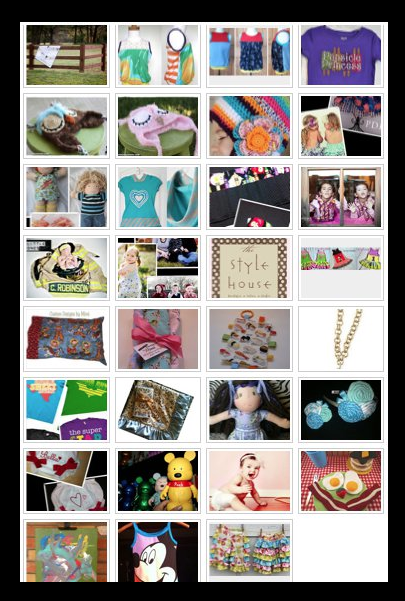 Hopefully, this marks the final change for Charlie's craniofacial surgery date.  Due to the surgeon's schedule, Charlie's surgery has been moved from August 9th to August 1st.  The Greenman Family is now in the process of rescheduling pre-op appointments with Charlie's specialists, all of whom need to see Charlie before surgery to give the "go ahead".  This includes his pediatrician, hematologist, genetecist, neuro surgeon, and a staff anthropologist who will be taking photos of Charlie's head and face for documentation purposes.  Again, August 1st is Charlie's big day.  Thank you all for sending love and prayers to the Greenman Family as the date draws near. 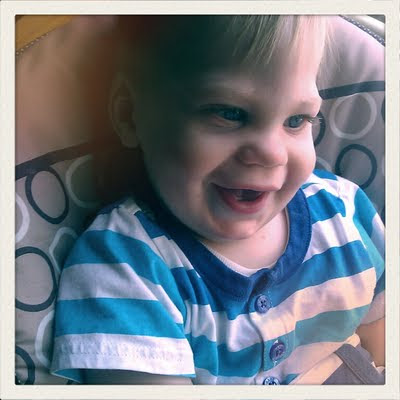 Just a quick update on Charlie's preparations for Craniofacial surgery on August 9th.  Charlie will be receiving weekly injections of Procrit for the month leading up to his surgery. What is Procrit and why does Charlie need it?  Charlie's surgeon, Dr Fearon, is happy to answer that question.


From Dr. Fearon:
Almost all children undergoing skull-remodeling surgery require blood transfusions.  Studies have shown that the average amount of blood lost during craniosynostosis repairs can be equal to the child’s total blood volume, and that they need blood to replace this loss.  There are no good studies that tell us the risk of a child not surviving this type of surgery, but it is my impression that this risk of not surviving is probably less than 1 in 300 operations.  The most common cause of death is because of too much blood loss.

In 2002, I co-authored a study that concluded that those children who received Procrit (human recombinant erythropoietin) before surgery only required blood transfusions about half the time, whereas those children who did not receive Procrit had an almost 100% transfusion rate.  There are risks associated with giving blood transfusions.  Most parents worry about their child getting HIV, or AIDS, from a transfusion.  Actually, the risk of this is extremely low (from 1 in 400,000 to 1 in a million).  The risks of Hepatitis are far greater, being about 1 in 15,000.  The most common risk of getting a blood transfusion is having a reaction called Transfusion Related Lung Injury (TRALI).  This is estimated to occur in about 1 in 5,000 transfusions (with a death rate of 5-10%).  In addition, there are studies that have suggested that the surgical infection risk may be lower in those who do not receive a blood transfusion (the theory is that getting someone else’s blood lowers the immune system).  Finally, I believe that starting an operation with a higher blood level places a safety net under my patients that lowers the risk of not surviving the operation.


Initially, Blue Cross Blue Shield refused to cover the cost of Charlie's Procrit perscription - a hefty $1,095.00.  But after a short battle, spearheaded by Dr. Fearon's office, Charlie's insurance company agreed to pay 70 % of the cost. These are the kinds of details that Charlie's family must deal with every day.  We are therefore so grateful that Charlie has a wonderful team of medical professionals willing to help him navigate the system.


Thank you to everyone who continues to keep Charlie in their prayers and thoughts as he gears up for this incredible surgery.  We all know that a child as small as Charlie shouldn't have to endure this kind of medical intervention.  But with our love and support sweet Charlie and his family will overcome this enormous challenge.
No comments: 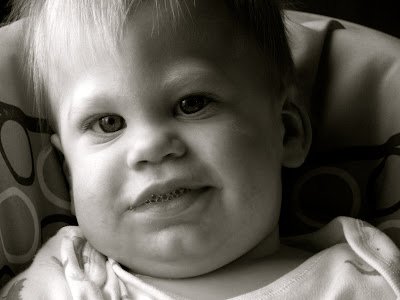 Charlie is 10 months old today.  The past month for Charlie has seen more physical advancement than any other month of his life.  He is consistently holding his head up.  He is rolling to both sides.  He is standing unassisted at the edge of our couch.  He is reaching for objects.  He is pulling his knees up under his body into a semi-crawling position.  He is pushing up with his arms while lying on his tummy.  He is laughing easily.  He is making some consonant sounds.

Its such a pleasure to see Charlie grow and thrive month by month.  Congrats to Charlie on yet another milestone!  And thank you to all of you who support, love and encourage Charlie on this journey. And a special thank you to Tendai Phiri for nominating the Charlie and his family at Cooking Up Faith.  Cooking Up Faith is an online ministry that supports families, like the Greenmans, by sending a meal in the mail.  Charlie will be featured at Cooking Up Faith for the entire month of June.  Read more about it HERE.  And finally, in honor of Charlie's 10 month-iversary, you'll notice we've updated the look of his website. 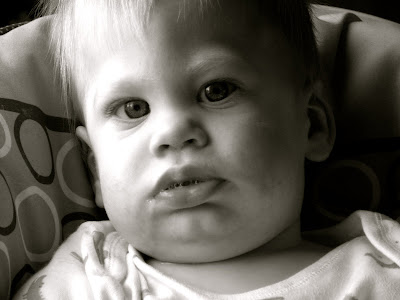 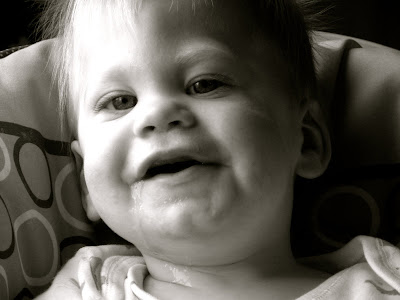 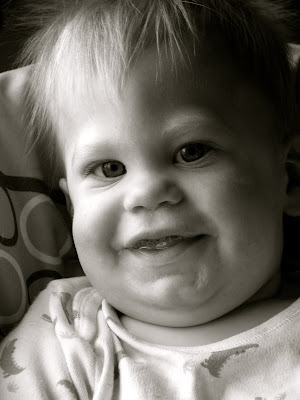 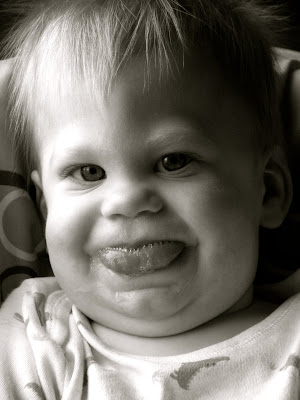 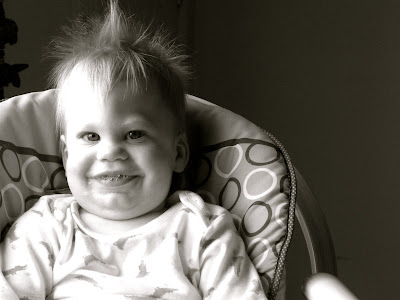